Sustainable traveling has been a hot topic for several years. Images of the plastic islands in the Pacific ocean, ruthless wildfires in California and Australia, and the overtourism in Venice have appeared in newspapers around the world. It always comes down to the same thing: There isn’t enough awareness among travelers of the effect that they have on the people and the places that they visit. Or worse, they often just don’t care about it.

It’s often said that humans are the most dangerous animals in the world and that we are unstoppable. The year 2020 has proven this theory wrong when an invisible virus has put pretty much our whole society to a stop. Although the pandemic was a disaster for many, it has also been an eye-opener. Highways that were infamous for their traffic jams looked suddenly surprisingly empty, and for the first time in many years, clear skies appeared above metropolitan cities like Los Angeles and Delhi. But then again, hugs, kisses, and handshakes, which we used to take so much for granted, became a dangerous threat to our health.

All of this will definitely have an influence on the way we travel for the years to come, and might even completely change our mindset. A nearby camping vacation in the midst of lush nature suddenly seems much more attractive than a city trip to the other side of the globe. Staying healthy became a top priority, and is just much easier accomplished in a natural environment.

Hopefully, we will also realize that we should treasure the small things like the songs of the birds and the great conversations with strangers. And that we’ll learn to enjoy the moment more. To appreciate the things that are right in front of us, instead of desiring whatever we don’t have.

All of this leads towards a more responsible way of having vacations. We just can’t keep polluting other places for our own joy and benefit, ignoring everything and everyone else. As the famous travel writer Doug Lansky said about sustainable traveling: “If it doesn't work for the locals, it doesn't work”. Well, Doug, a naturist vacation might be just what you are looking for.

Naturism is more than nature and nudity

Naturism is often too easily summarized as “those naked people”. Our nudity is probably the most obvious characteristic, but it doesn’t even start explaining what naturism is really about. Looking at the name “naturism” itself, many will conclude that it has something to do with nature. Naked in nature. That is already one step closer to the truth. As naturists, we do enjoy spending time outside between plants, birds, and trees. And we prefer doing so without clothes.

Obviously, spending time in nature wouldn’t be very enjoyable if there was garbage everywhere. So we make sure that doesn’t happen. We take care of the places that we visit, clean up after ourselves, and even after others. One of the typical things about nude beaches, for example, is that they tend to be spotlessly clean. Especially in comparison with nearby clothed beaches. We don’t do this just for ourselves though. It’s because we respect nature and the environment that we’re spending time in.

Respect is the highest value for naturists and this doesn’t just relate to nature. We also respect ourselves, other people, other ideas, and other cultures. We don’t make fun of other people’s bodies, we don’t take off our clothes where it’s not appreciated, and we definitely don’t mean to shock or upset anyone. Long story short, naturists tend to be very aware of the effect they have on their surroundings.

The appreciation of nature is one of the highest values at L’Eglantière and can be found in many different aspects of the campground. From the green forest to the river that runs straight through the domain. From the large camping pitches to activities like hiking and canoeing. And of course at the organic farm, of which the products find their way directly to the campground restaurant. Not only can you be sure that your food has been produced locally and in a sustainable way, but the farm is also a fun place to learn about living from the lands.

The social aspect definitely isn’t neglected either. At the campground, you can comfortably be your true self and meet lots of like-minded people. In the near surroundings too because being located at the foot of the Pyrenees mountains, you don’t only get impressive sceneries and amazing natural beauty, the area is also scattered with picturesque villages where you can buy lots of local products. These aren’t just much better than whatever you can find in a supermarket, you also help to support the local communities.

One of the major advantages of traveling responsibly is that you get the chance to absorb the local culture. Laying next to the pool of a multinational hotel branch, sipping important beers, and listening to American music might be fun for once, but definitely is not as memorable as experiencing something local. Other than putting fresh food on your plate, the staff at L’Eglantière is also a source of information and tips about the culture and history of the region.

The campsite management and the local community can’t do everything, of course. This is where the mentality of the guests takes care of whatever is left. By applying a couple of small habits like recycling, cleaning up after themselves, and not unnecessarily wasting water, the naturists help to keep L’Eglantière not just a very enjoyable place, but also a naturist campsite in the true sense of the word.

In a world in which tourism has become a danger for the environment, naturism is standing strong as an example that it can be different. That ecological awareness doesn’t have to be difficult or boring. That you can have a wonderful vacation in harmony with nature, with culture, and with respect for all that surrounds you. 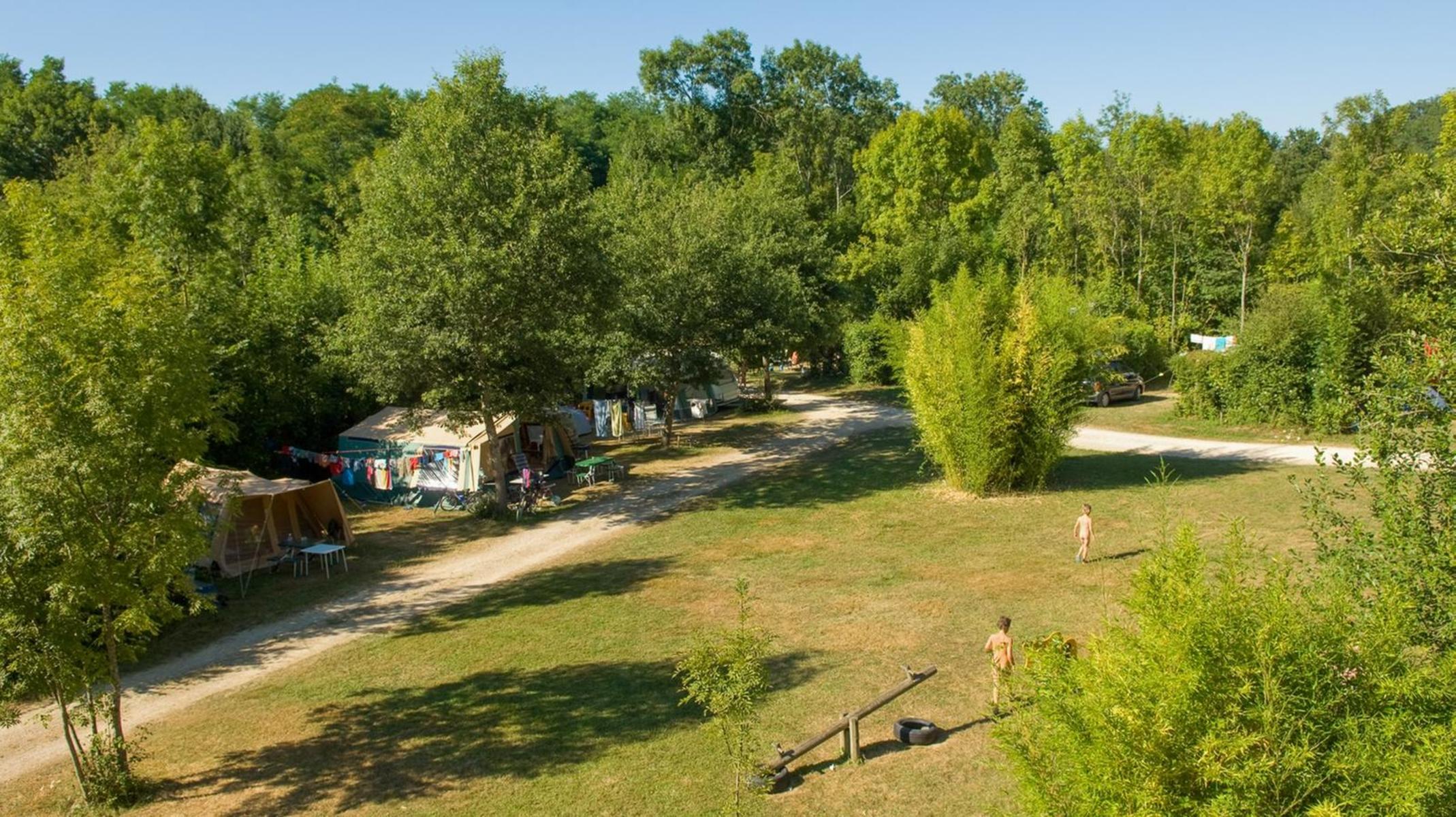