Naturism, an intergenerational way of life

Naturism, an intergenerational way of life

More and more people are starting to realize that there really is such a thing like non-sexual nudity. But one misbelief that unfortunately keeps standing strong, is that naturism is something for elderly people. For people who stopped caring about how they look, for people want to do nothing else than play petanque all day and go to bed at eight in the evening.

Why young generations go on a naturist vacation

During the last years, naturism has seen an uprise of young families, and that is not a coincidence. The lives of thirty-somethings has become very stressful. Mortgages, careers, marriages, and babies tell you that it’s time to start taking life seriously. They tell you that life goes fast and that you better learn how to absorb large amounts of stress, worries, and doubts.

For many who try naturism around this age, it feels like a very welcome escape from society. The cell phone stays in the pants, and the pants stay in the tent. It’s as if, by taking off our clothes, we’re also taking off our worries and concerns. At least for a while. That big pile of work that’s waiting on your desk won’t magically disappear, but just for now, you don’t need to think about it. Just for now, you’re going to enjoy the moment in your little natural paradise.

Also the ecological aspect attracts younger generations to naturism. We are all noticing the effects of global warming and it becomes pretty certain that these will only get worse. For our future lives and that of our children. We are realizing that those idyllic pictures of faraway tropical destinations don’t show the incredible weight that such a vacation puts on our environment. And that a nearby vacation in nature would be much more responsible.

Children are born naturists, literally. Ask a group of toddlers if they rather wear clothes or run around naked on a sunny afternoon and the answer will be unanimous. This tends to change once they hit puberty and their bodies start developing. The world becomes confusing and they want to build an identity. The easiest way to do this is by wearing a certain type of clothes.

It has been proven though that naturism has lots of positive effects on teenagers. By seeing real life role models, they tend to be much more confident about their bodies than their clothed peers. And most of all, naturism not only teaches them to respect themselves, but also to respect others for who they are. This turns them into better people in general.

At L’Eglantière, we do everything in our power to create a welcoming atmosphere for every generation. During the summer months, we have lots of activities that are both fun and educational for children. Thanks to our 45-hectare domain, we have plenty of spots where teenagers have the chance to get together and explore naturism in their own way. Our different nature walks, massage services, and pilates and yoga workshops will help you disconnect from the rat race in no time. And yes, we also have petanque courts and pitches where you won’t hear a thing after 8 PM. 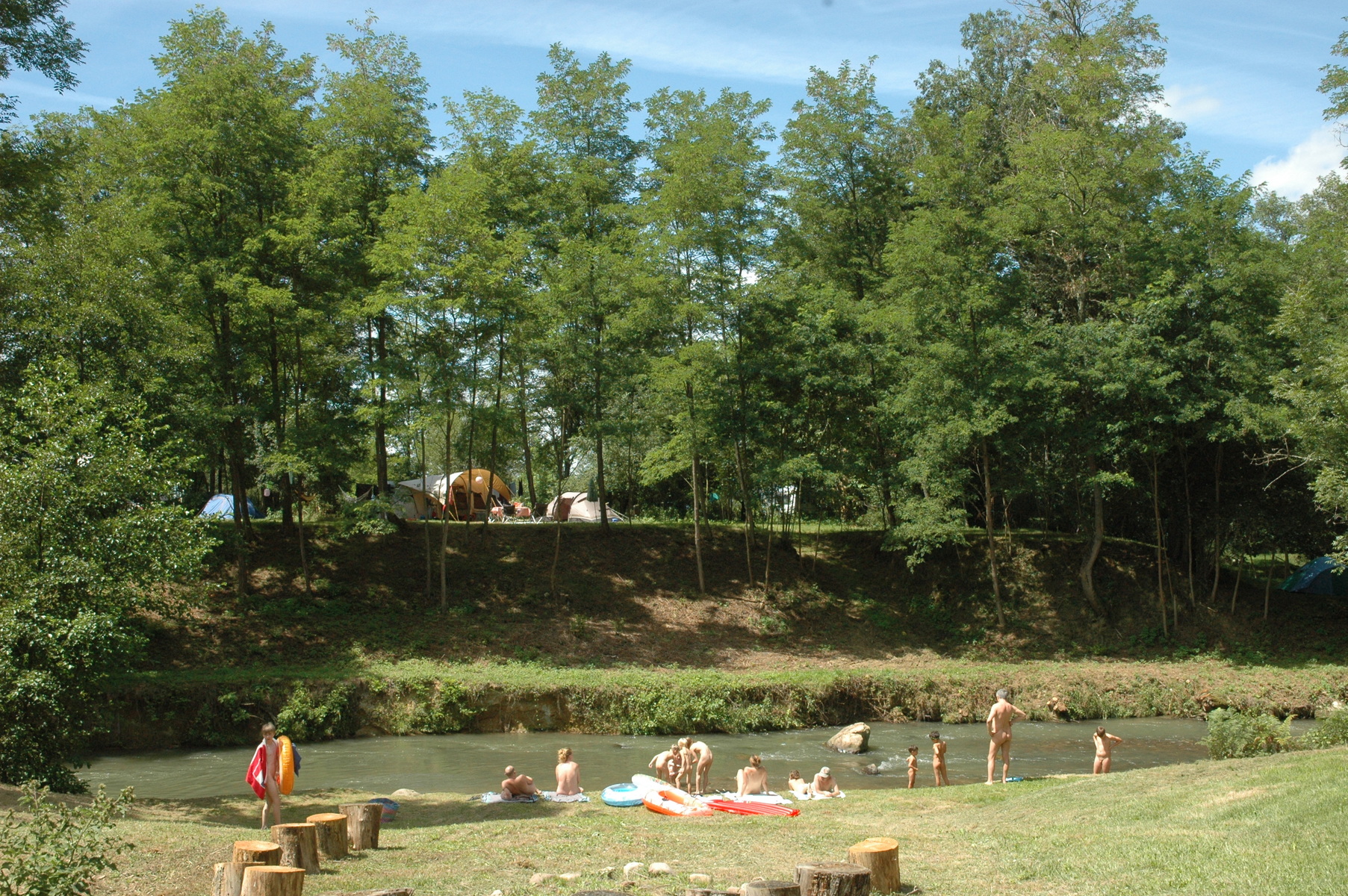